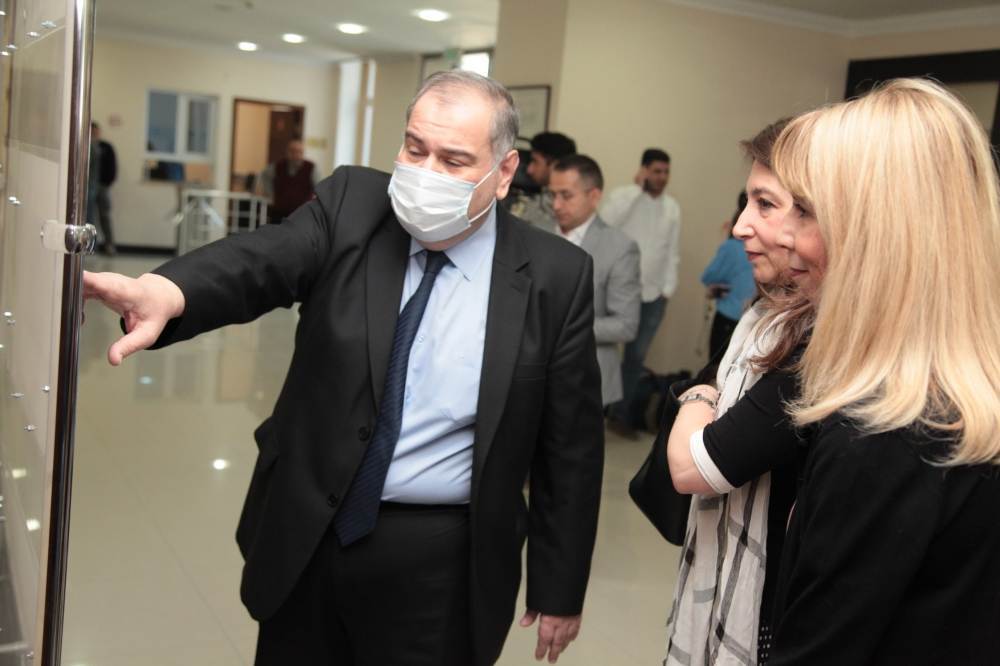 According to Arki.az, Director of the State Film Fund, Executive Secretary of the Union of Cinematographers of the Republic of Azerbaijan, Honored Artist Jamil Guliyev opened the event with an introductory speech. He told about the creative work of Eldar Quliyev. Then the Head of the Audiovisual & Interactive Media Department of the Ministry of Culture Rufat Hasanov, film directors and People's Artists Azer Pasha Nematov, Vagif Mustafayev, Ogtay Mirgasimov, and Khamis Muradov, cinematographer Rafael Gambarov, film experts Aydin Kazymzade and Ayaz Salayev took the floor. They shared thoughts and memories covering the professional and personal life of the outstanding film director.
Two short feature films created by Eldar Quliyev during his student years at the Gerasimov Institute of Cinematography in Moscow were shown as part of the commemoration event – Waiting Time (Gözləmə saatı), transferred from the personal collection into the Fund's archive, and Once upon a Time (Biri vardı, biri yoxdu…), restored digitally by the State Film Fund.

Concluding the event, Irada Quliyeva, the daughter of the late film director, expressed gratitude to the speakers and the event organizers.