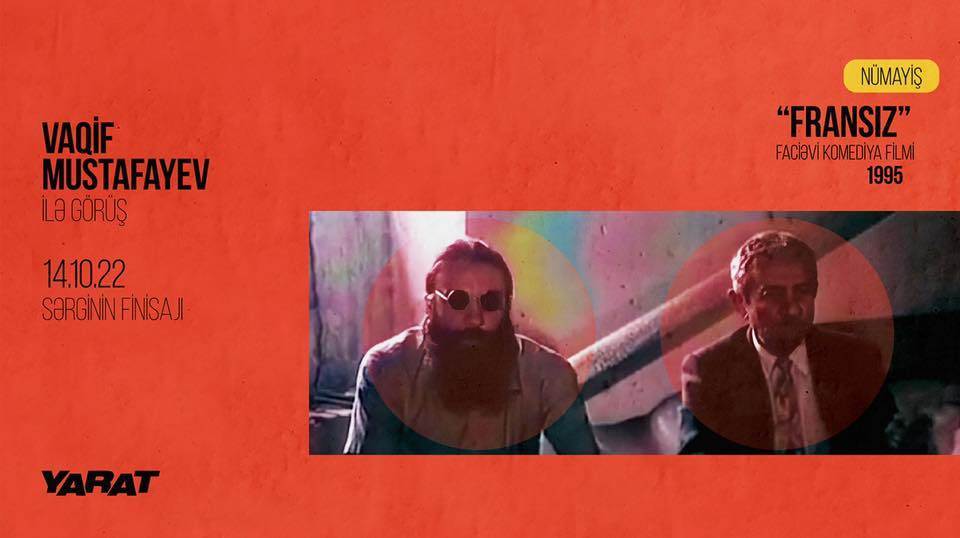 YARAT hosted a meeting with the director, screenwriter, People's Artist of Azerbaijan, laureate of the State Prize of Azerbaijan and holder of the Sharaf and Shohrat Orders, Secretary of the Union of Cinematographers of the Republic of Azerbaijan Vagif Mustafayev.

During the event, his movie The Frenchman (Fransız) shot in 1995 was screened. Then the director received questions.

The Frenchman is based on the comedy drama "Əhlikef" by the Azerbaijani playwriter, laureate of the State Prizes of Kazakhstan and Kyrgyzstan Amir Pahlavan.  The plot deals with our compatriots who despise their national traditions upon their return from Europe.