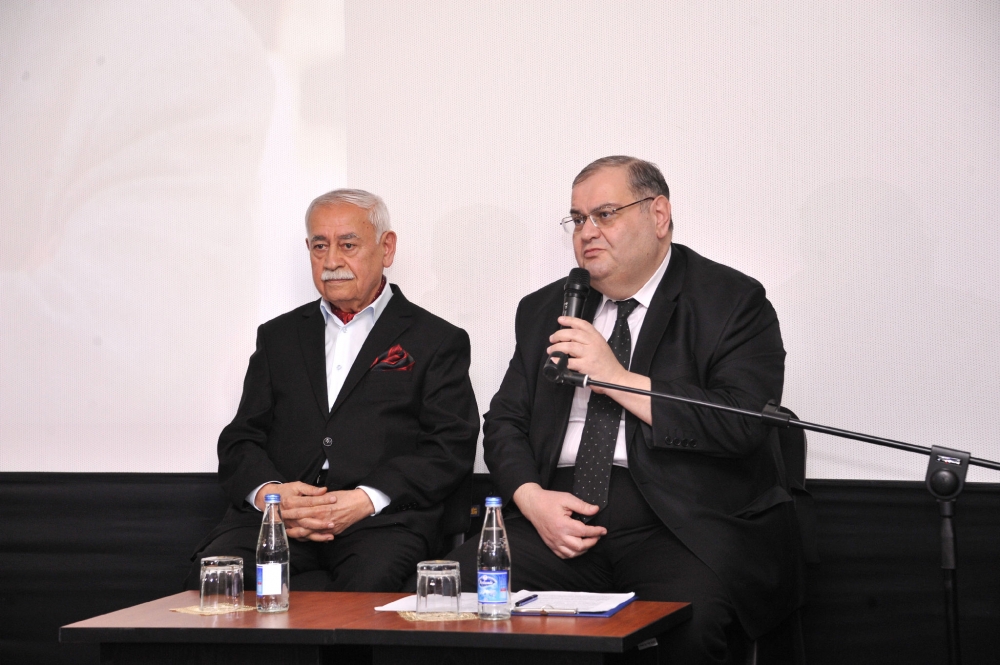 On February 18, the State Film Fund of Azerbaijan hosted an event dedicated to the 80th anniversary of the prominent film critic and Honored Artist Aydin Kazimzade.

The Press Service of The Union of Cinematographers of the Republic of Azerbaijan announced that the event was organized by the Ministry of Culture with the support of the State Film Fund.

Then video reflecting the path to creativity of anniversary celebrant was displayed.

A First Deputy of Minister of Culture, Vagif Aliyev speaking at the event congratulated anniversary celebrant. He noticed that Aydin Kazimzade always works with inexhaustible energy and enriches cinema chronicle. He dedicated his life to work he loved and his life path is glorious and very successful: “I consider this approach was very successful for both our film and Aydin Kazimzade's life. He lived his life usefully although it was rough. He lived proudly with his effort. He got these investigations and meaningful activity with great difficulty. Despite all these, he always tried to enrich cinema history, direct cinema research field. Fortune of Azerbaijan Cinematographers becomes a part of his life. Articles, scientific-publicistic writings, books, encyclopaedias written about them were made with great effort. Thus, Aydin Kazimzade is a cinema patriot who made great works for our nation and state. He is a true and intelligent person in the true sense of the word. He lived a worthwhile life, acted as a good educator, represented his film career in television and has a rich heritage. This rich heritage also belongs to our state. I always wish him a long life and good health by support to anniversary celebrant”.

Senior State Counselor, Doctor of Historical Sciences, Dilara Seyidzade expressed her gratitude for the contribution to the in-depth study of Azerbaijani cinema. She also noted that Aydin Kazimzade is an example to the younger generation today. Dilara Seyidzade especially emphasized that anniversary celebrant payed attention to the creativity of prominent producer Huseyn Seyidzade and felt his creativity: “It is not so easy to understand such a unique director as Hussein Seyidzade and to deliver what messages he wants to deliver as a director. But Aydin Kazimzadeh is deeply aware of all these creative methods and ideas. ”

At the end of the event, Aydin Kazimzade thanked President Ilham Aliyev and First Vice President Mehriban Aliyeva for their assessment to his work. He expressed his deep gratitude to the people who supported him in the development of 34 books and monographs on the history of cinema and to all the guests and organizers of the anniversary.