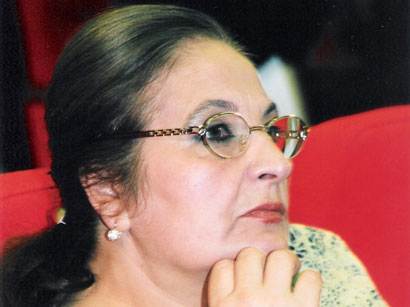 The first days of 2022 on the calendar. The people of Azerbaijan reached the next milestone in the history feeling pride and joy because of the triumph inscribed in the annals of Victory with eternal patterns. This triumph has left a deep mark on the fate of our country, our state and each of us over the past two years. We believe that the pleas of the President of the Republic of Azerbaijan, Supreme Commander-in-Chief Mr. Ilham Aliyev for peace and progress will bring the much-desired peace very soon to both our country and the entire Caucasus.

Like all citizens of Azerbaijan, we believe it; we sincerely embrace and support the policy of peace pursued by the Head of State in the face of new realities prevailing in the region and worldwide. The high-level meetings held by Mr. Ilham Aliyev last year in Moscow and Brussels confirm this once again.

The traditional New Year's greeting of the President Ilham Aliyev was full of important political and social messages. The Head of State made crucial statements, covering the further improvement of the social welfare of our people, large-scale landscaping and construction work on the lands liberated from occupation, further growth of the country's defense capability and dealing with other acute issues. One of the moments we were waiting for with great anticipation was the announcement of 2022 year as the "Year of Shusha" by the President. Considering the 270th anniversary of the foundation of Shusha by the Karabakh Khanate, this decision of the President is very important from a political, historical and spiritual point of view. This step is extremely valuable to achieve a number of strategic goals. A number of events, books and films will be dedicated to the 270th anniversary of the city. The world community will once again find out about the true owner of Karabakh. They will see the consequences of vandalism and falsification of Armenia. Thus, we will consider 2022 as the start of returning to Karabakh.

The announcement of Shusha as the Capital of Culture of the entire Turkic world next year will give fresh impetus to the progress of this city. The traditional Khari Bulbul festival and Vagif Poetry Days will add new bright colors to the cultural life of the city as well. As a person with long-standing close relations with this city, as well as pleasant memories about it, I have no words to express my feelings after hearing this news. Shusha is the gem of the mountains, known as the cradle of music, the temple of culture and art of the entire Caucasus, strongly influenced my life and my work. During the Khari Bulbul festival held in Shusha last year, I was carried away in thought back to the distant years and sincerely thanked our soldiers and officers, the Supreme Commander-in-Chief Ilham Aliyev, for the real courage they had shown during the liberation of Shusha.

Congratulations on the World Azerbaijanis Solidarity Day and the New Year to all our people, our soldiers and officers, Supreme Commander-in-Chief Ilham Aliyev, First Vice-President Mehriban Aliyeva, my colleagues, and workers of culture and art. I wish you all further success in your work.

Chairperson of the Union of Cinematographers of

the Republic of Azerbaijan,

Laureate of state prizes of

the USSR and Azerbaijan, Professor