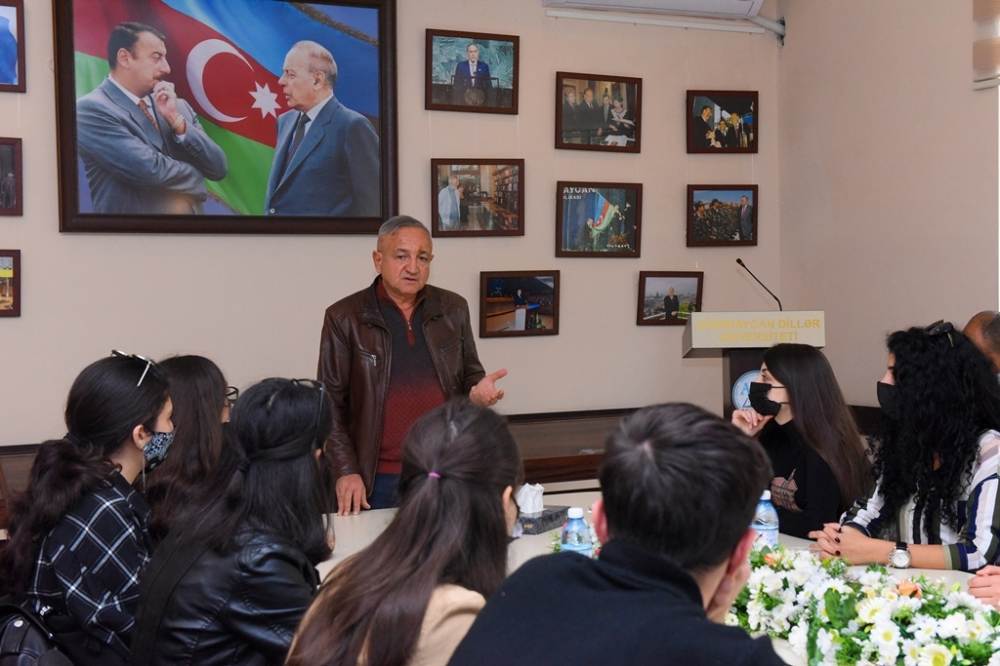 On October 12th, a meeting with an outstanding film director, People's Artist Vagif Mustafayev took place at the Azerbaijan University of Languages.

During the master class, the intricacies of art and the role of art in life were discussed. The prominent guest told about the significance of the processes taking place in the world of culture. It was noted that the perception and understanding of the essence of art and its true potential wields major influence on the people's attitude to the world around.

Film director Vagif Mustafayev stated that culture and literature rank high among the issues to have notion about for people of any profession. No matter, whether they are teachers, doctors or engineers. Everyone should keep up with the modern world in terms of cultural and literary thinking.

The lecturer of the Pedagogy Department, Doctor of Philosophy in Pedagogy Vidadi Bashirov expressed sincere admiration for the guest during his speech. Talking about the Vagif Mustafayev's merits to the Motherland and the nation, Vidadi Bashirov drew the students' focus toward this great role model to seek their inspiration from.

In conclusion, Vagif Mustafayev expressed gratitude to the event participants and told about the exciting off screen experience he has had.

Following the event, Q&A session involving students was carried out.