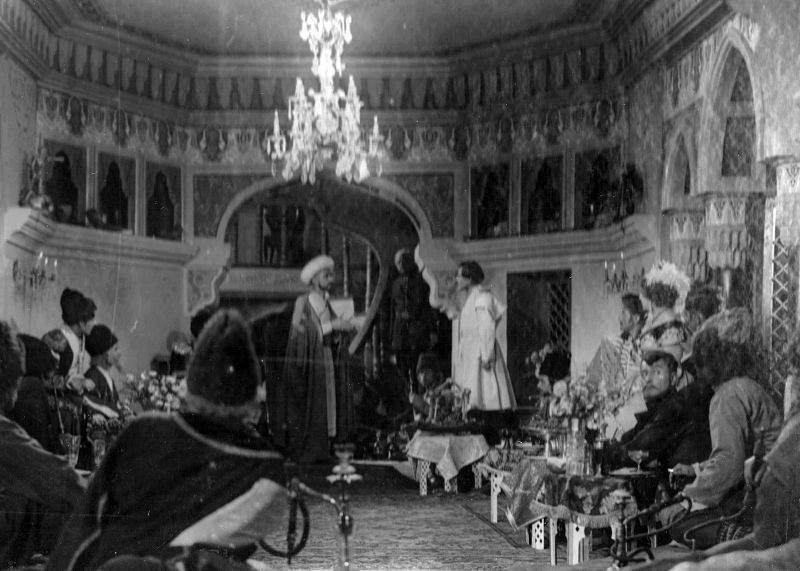 This year the Sabuhi movie turns 80.

Film tells the story of outstanding enlightener, playwright and philosopher of Azerbaijan Mirza Fatali Akhundov. It portrays Mirza Fatali as the people's true-hearted son and a fierce fighter for the groundbreaking ideas of the day. The film was directed by Hamo Bek-Nazarov and Rza Tahmasib (co-director). Besides, it was the first experience in cinema for the composer Tofig Guliyev and director Rza Tahmasib.
Sabuhi covers the crucial moments of Akhundov's life: his trip to Turkey for the alphabet reform, his first performance, and his struggle for the public enlightenment ...
Major asset of this motion picture lies in the fact that the voice of Mirza Fatali enables the filmmakers to encourage people to fight, ditching the apathy, frustration and pessimism.
According to the Press Service of the Union of Cinematographers of the Republic of Azerbaijan, Sabuhi was listed for movies declared state property of the Republic of Azerbaijan by the Decision of the Cabinet of Ministers of the Republic of Azerbaijan No. 211 dated on May 7, 2019.