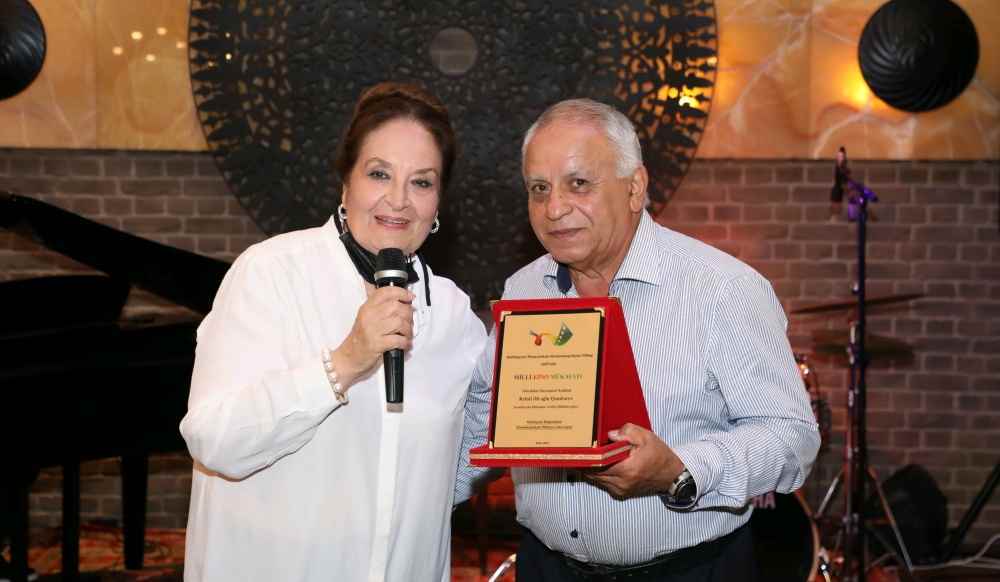 An event dedicated to the Day of National Cinema and 123rd anniversary of the establishment of Azerbaijani cinema was held in August 2.

Press Service of the Union of Cinematographers of Azerbaijan Republic informs that firstly a video dedicated to the memory of Eldar Guliyev who played a special role on the development of Azerbaijani cinema and died this year was presented.

At the event, Shafiqa Mammadova, People's Artist, chairwoman of the Union of Cinematographers of the Republic of Azerbaijan spoke of awarding prizes to the cinema figures with anniversaries, including veteran artists by the organization headed by her. Also noted that several prominent representatives of our cinema passed away during a year and their memory will be always sanctified.
Speaking about the work done by her organization in the field of cinema in recent years, Sh. Mammadova informed that medals and grant named after venerable artist who rendered unprecedented services in the development of Azerbaijani cinema were set up.

Speaking at the event, Chairman of the Theatre Worker's Union, People's Artist Azar Pasha Nematov congratulated the cinema workers on the occasion of professional holiday and addressed this significant day has been celebrated for 21 years according to the decision of National Leader Heydar Aliyev.
Then, prominent cinematographer, Honored Art Worker Rafael Ganbarov was awarded the “National Cinema Award”, the largest award of the Union of Cinematographers of the Republic of Azerbaijan for contributions to the Azerbaijani cinematography. Winners of “Karabakh is Azerbaijan” scenario contest were awarded as well.