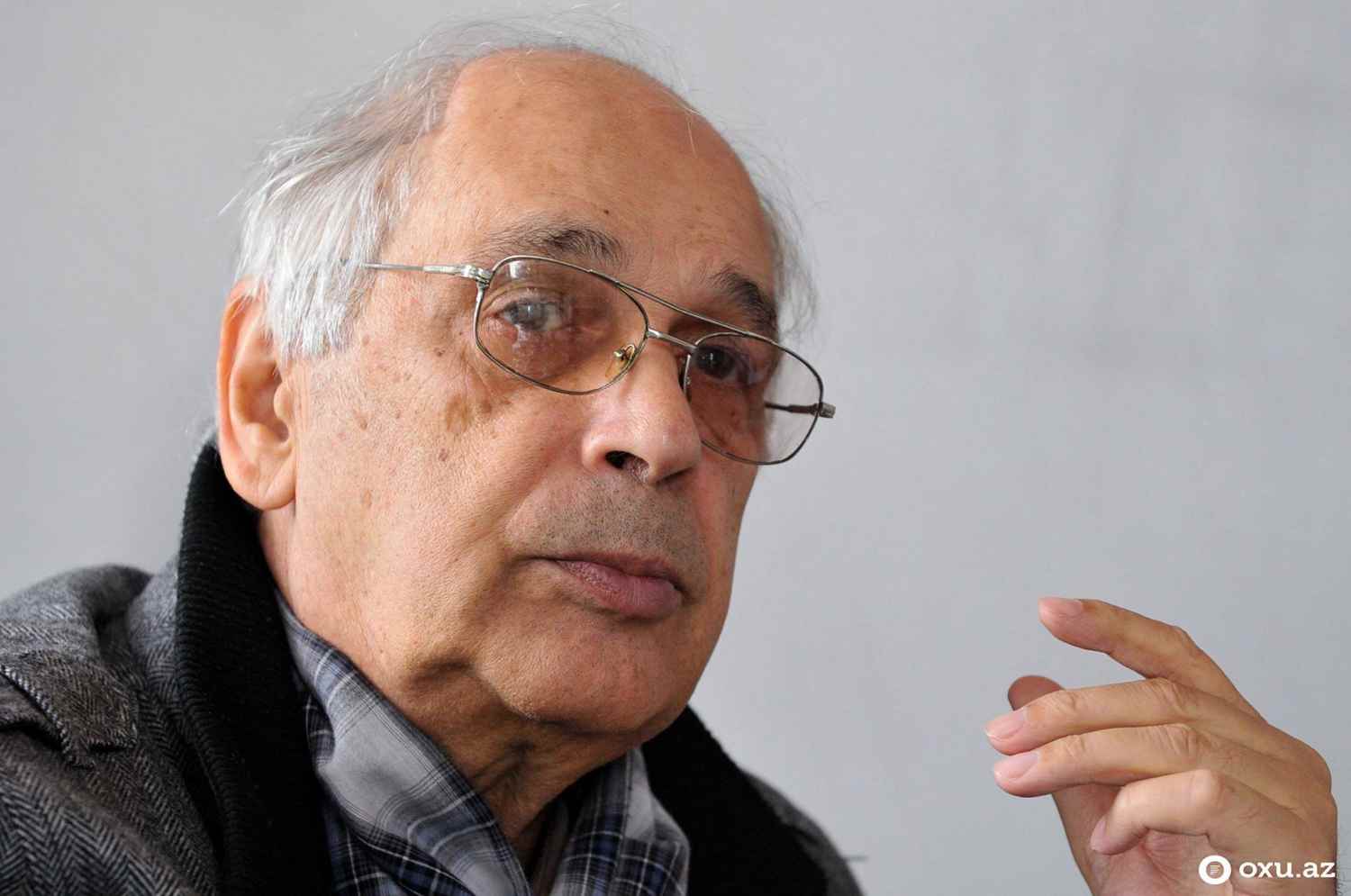 Ramiz Hasanoghlu, Honoured Person of Art of the Azerbaijan SSR, People’s Artist of the Republic of Azerbaijan, well-known theatre, cinema and television director, has turned 70.

Press Service of the Union of Cinematographers of the Republic of Azerbaijan reports that Ramiz Hasanoghlu was born in 1946 in the city of Iravan. His mother is Ataya Aliyeva, an Honoured Artist with unique performance in the national theatrical art of Azerbaijan, and his father is Hasanagha Mirzayev, an Honoured Art Worker. Staff of Iravan theatre went to neighbouring Azerbaijan after the next rage of Armenians in 1948. 2 year-old R.Hasanoghlu moved to Ganja with his parents. They came to Baku in 1956. Ramiz graduated from the secondary school in 1965 and was admitted to the correspondence department of the faculty of Culture and Education of Azerbaijan State Institute of Theatre. Since 1966 he started to serve as an assistant director in Azerbaijan State Committee for Television and Radio Broadcasting. He learnt secrets of this profession from outstanding artists such as Aghaali Dadashov, Rauf Kazimovski and Arif Babayev.

He filmed “Me, You, Him and the Telephone” (Man, San, O va Telefon), “Century Revives Us” (Dindirir asr bizi) and “The Last Day of the Last Year” (Otan Ilin Son Gejasi) TV shows based on Anar’s namesake plays. He continued his education alongside with his professional achievements. He completed St. Petersburg State Academy of Theatre Music and Cinematography successfully in 1978 to which he was admitted in 1973 by means of competition.

R.Hasanoghlu became more popular after “On the Train” (Gatarda) TV show played by Hamlet Khanizada, Hasan Ablujun and Yashar Nuri. One of the most successful TV shows directed by him was “Lame Teymur” (Topal Teymur) filmed on the basis of Huseyn Javid’s namesake work. “The Innocent Abdulla” and the first TV musical of Azerbaijan “From there or here” (Ordan-Burdan) brought him into further prominence. The famous and unique TV show “Hungry Simpletons” (Aj Hariflar) plays a leading role in Ramiz Hasaboghlu’s creativity. The play was awarded with “Humay” reward.

R.Hasanoghlu directed more than 200 feature, documentary and musical programs with different styles. He also directed plays “The Funny Story” at the Theatre of Musical Comedy and “Letters from Brussels” at the Academic National Drama Theatre. He filmed the full-length feature movie “The Life of Javid” (Javid Omru) on the basis of Anar’s script in 2007.

He has been the Head of the experimental creative workshop “Sabah” on Azerbaijan Television from 1993 until today. He is a member of the Union of Cinematographers of the Republic of Azerbaijan.

The Board of Management of the Union of Cinematographers of the Republic of Azerbaijan congratulates our precious artist on the occasion of his 70th anniversary and wishes him good health and achievements in his creativity.